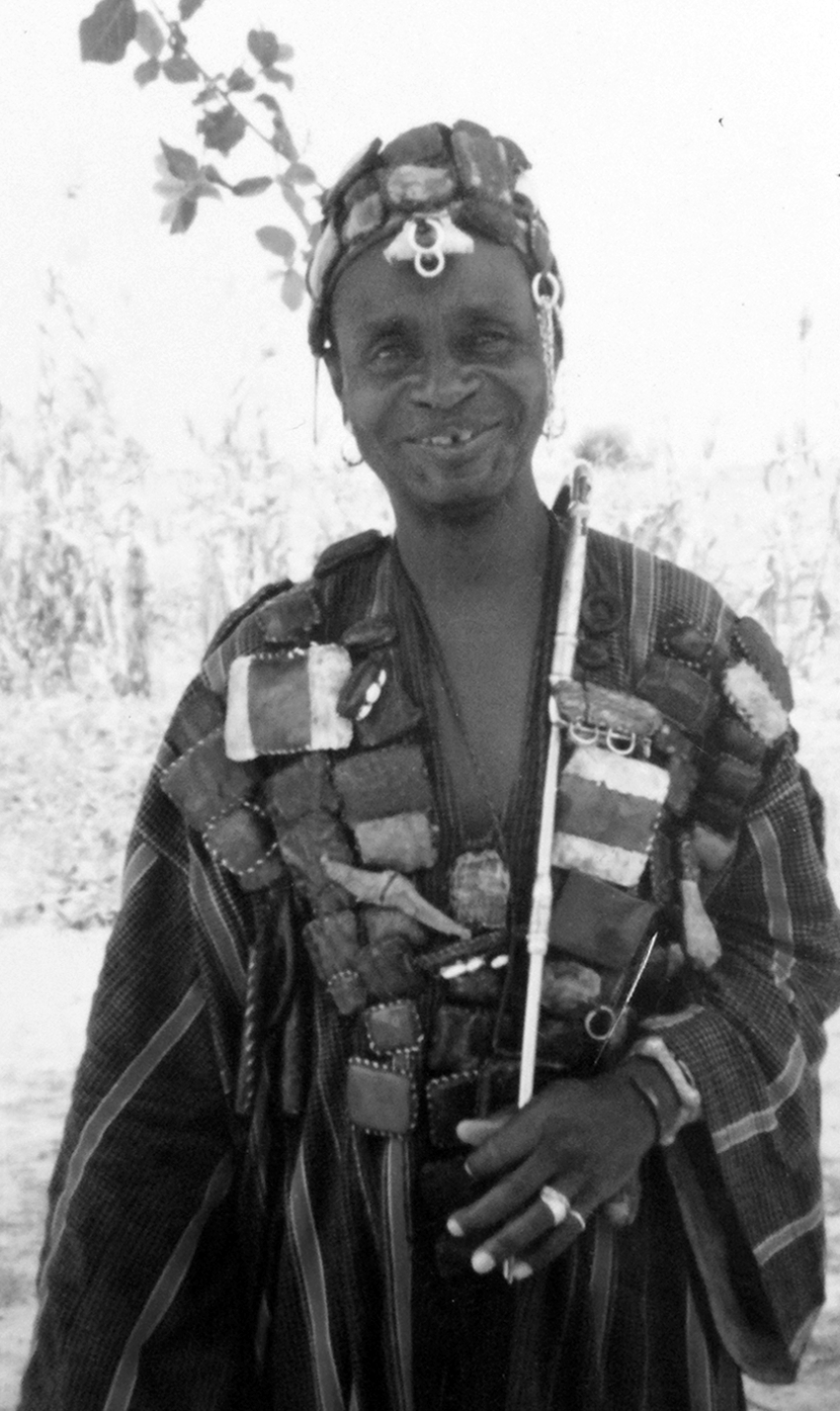 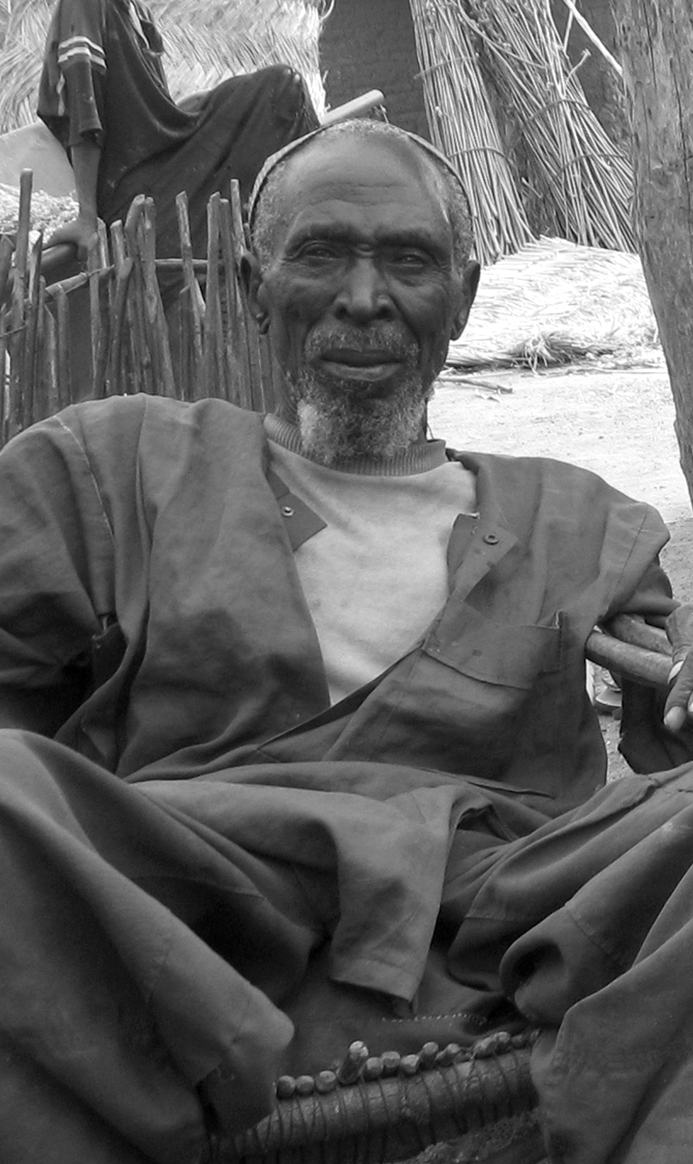 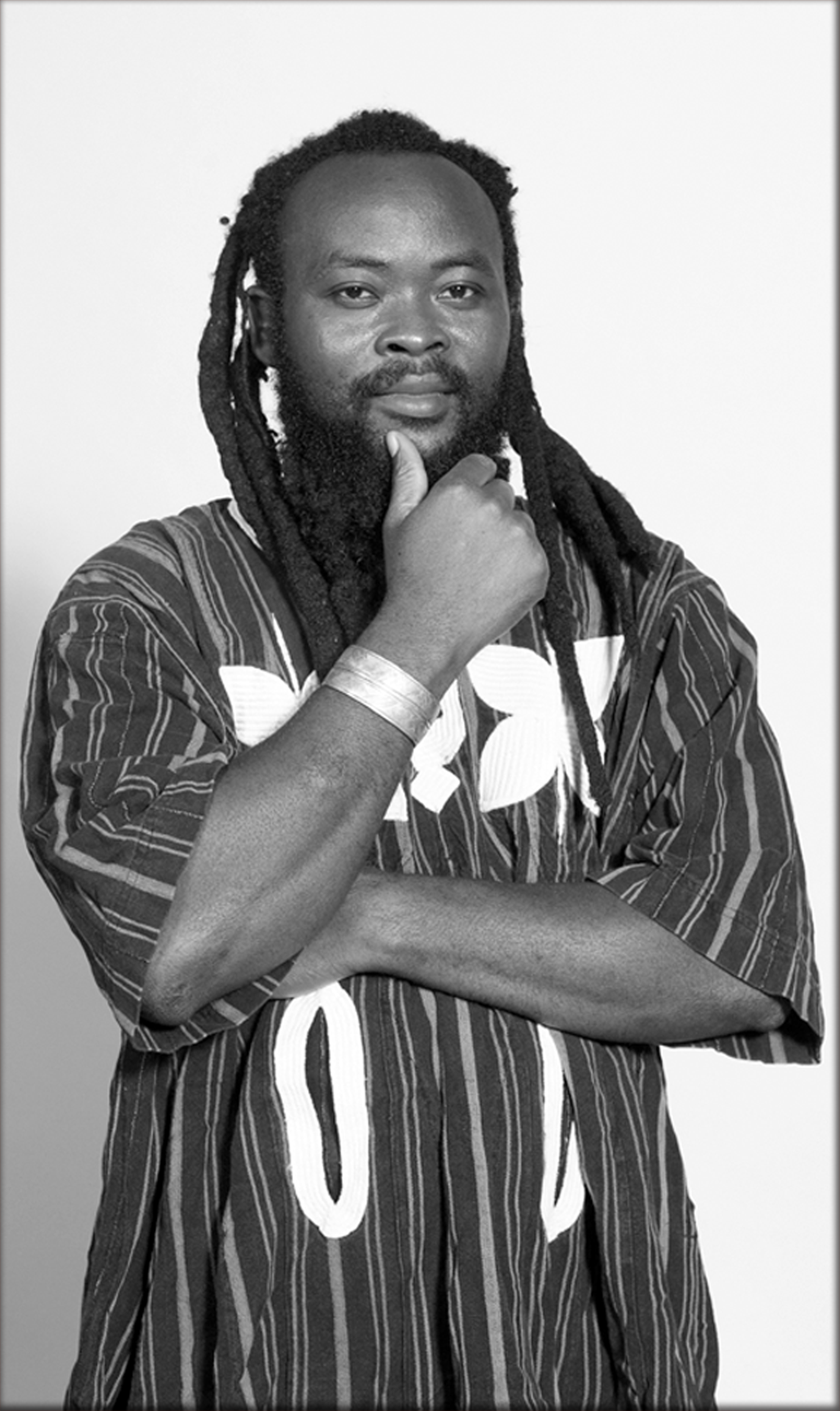 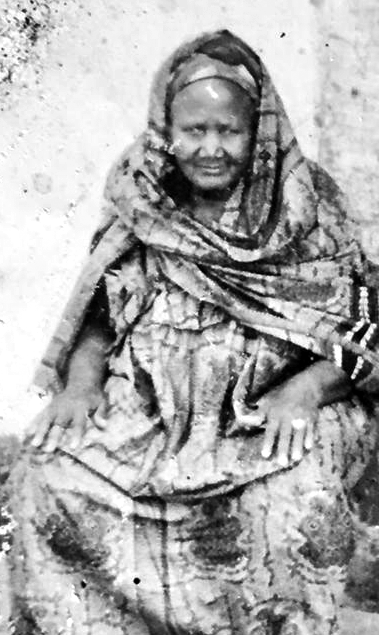 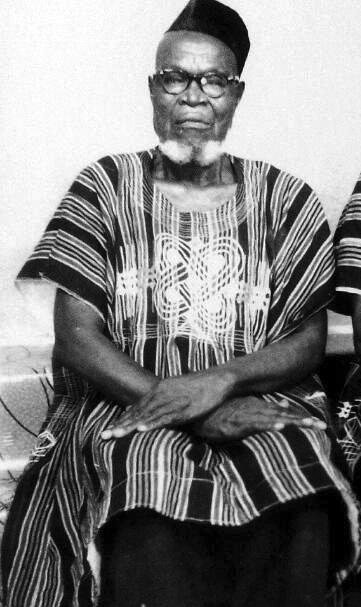 First and foremost, The Earth Center is a spiritual organization of Africa which have preserved the Kemetic legacy and humanity’s connection with the Diine and Ancestral Worlds that led to the glories of humanity’s indigenous past. First and foremost, The Earth Center is an organisation of people, meaning it is an organisation based on respect and human values. This is guaranteed by our connection to Ancestral wisdom and the Code of Human Behaviour (or 77 Commandments) that we have inherited from our Ancestors. In presenting our team, we must first acknowledge the great individuals that have played their part in upholding and passing down this great legacy (from left to right above):

His Majesty Yoabili: The 34th King of the Gulmu throne.  He was the King to grant Neb Naba his blessing and support to take The Earth Center’s mission out of the secrecy of the African bush and to the World.

The Naba Bloodline: The Naba family have been caretakers of the knowledge that has led human beings to enlightenment since the Pharaonic period.  They were the family secretly in charge of the shrines and spiritual matters of the Pharaonic throne.  It is important to point out Baba Naba Lamoussa, Neb Naba’s grandfather was also a powerful priest who traveled around West Africa bearing M’TAM Science and assisting communities with spiritual problems and sharing his wisdom to enlighten souls, in the tradition of his Ancestors.  He had a great influence on his grandson.  Read more about the Naba Bloodline.

Neb Naba Lamoussa Morodenibig: The founder of The Earth Center. After travelling to many temples and spiritual elders of the Kemetic spiritual system and going through many intense initiations, Neb Naba successfully started the mission in the West to provide people an opportunity and bridge back to their Ancestral knowledge.

Nana Adema Mola: Was a priestess of Central Togo whose wisdom was sought out by the Kings of the area to assist them in taking care of their communities.  She herself comes from a royal bloodline.  Her clan the Mola are well known in history as warrior Kings and have a long standing pact with the Naba bloodline.

Baba Kondoh: Was a high priest known throughout the country of Togo.  He was also Neb Naba’s mother’s father and one of the key people instrumental in passing the traditions of serving the Kemetic temples on in a long line of priests/healers who are preserving the true wealth of humanity’s legacy.

Nekhitem Kamenthu: A graduate of the New York M’TAM Temple, Nekhitem grew up in New Jersey. He has traveled extensively around the world seeking knowledge and helping to maintain the various centers. Nekhitem was also influential in various indigenous unification events and processes that The Earth Center has been involved in. 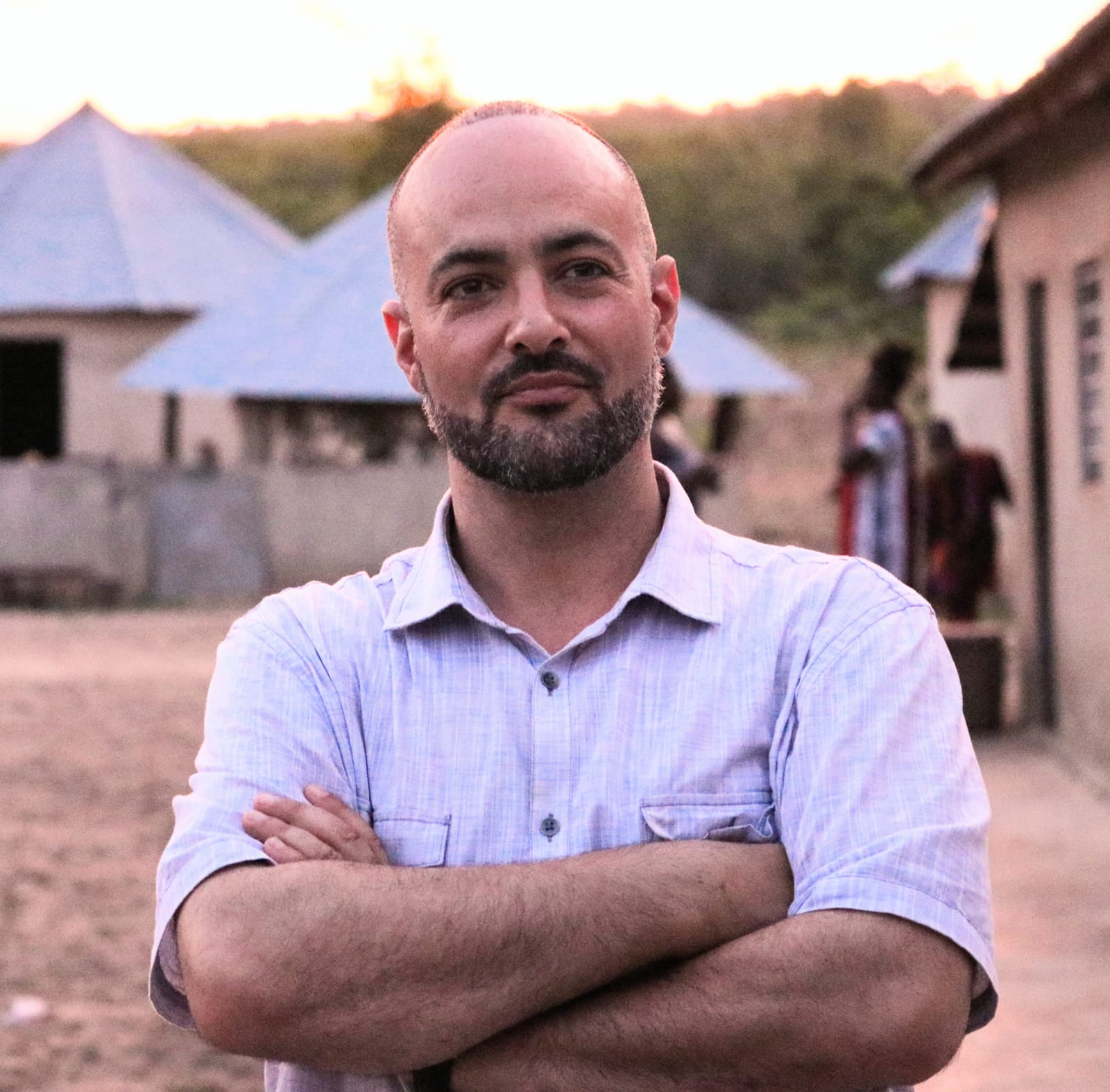 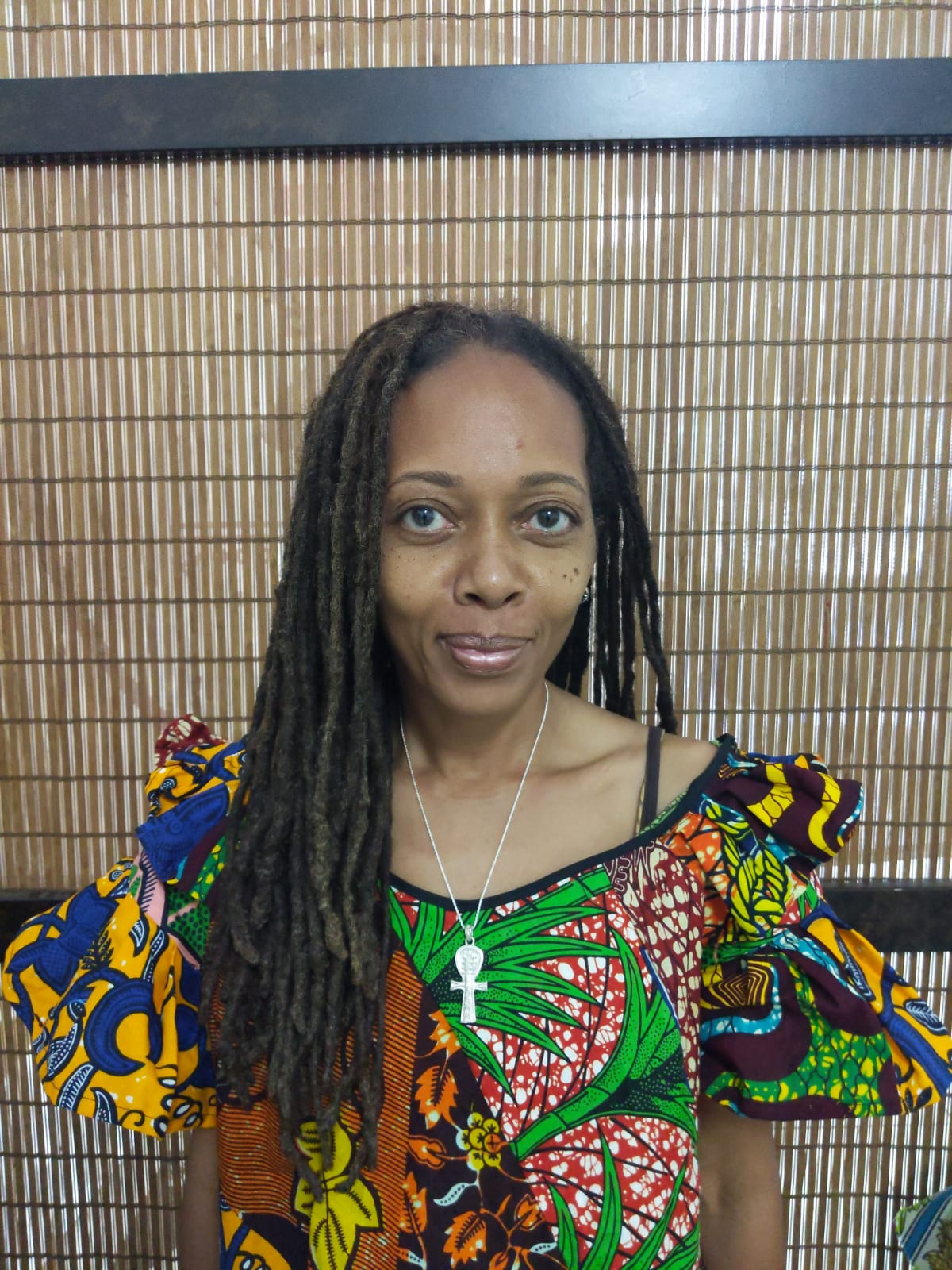 Giziribtah Debasah: Giziribtah is a graduate of the Chicago M’TAM Temple.  She has been a business owner on numerous occasions and lends that experience and expertise as she oversees the business financies and procedures of the organization. She works closely with the Executive Director in a system of checks and balances to ensure that the mission continues. She was also instrumental in initiating the Montreal M’TAM School and has been teaching in Canada and the United States for the past five years.

Naba Iritah Shenmira : A graduate of the Burkina Faso Temple. A son of the Naba bloodline, Naba was initiated in the Ouagadougou M’TAM Schools by his father Neb Naba who simultaneously sent him to different wisdom keepers in the region for certain assignments that would add to his initiation. Neb Naba was preparing him to take over the legacy of their forefathers. 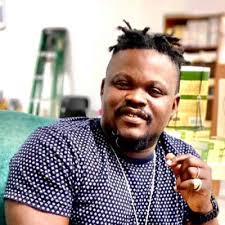 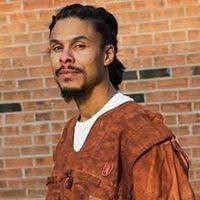 Nehez Meniooh: A graduate of the Chicago Temple, Nehez Meniooh was born in Seattle, Washington.Nehez apprenticed with Master Naba in his healing work, sitting in on countless health consultations, listening to the wisdom of Master Naba and gaining valuable experiential knowledge.

Maaktepia Meznebsati: A graduate of the Houston temple. Born and raised in Cameroon moved to Houston Texas for work. He expressed a desire to move projects to the forefront and to completion. 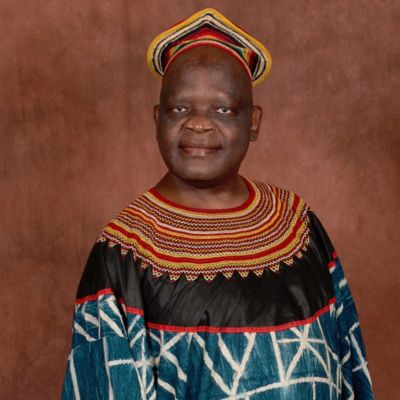 The Earth Center is a 501(c)(3) non-profit organization dedicated to preserving and promoting humanity's Ancestral culture in order to sustain the health and well-being of all people.
We are an organization based on respect of human dignity regardless of race, gender, age, religion, socioeconomic status, philosophical or political belief.